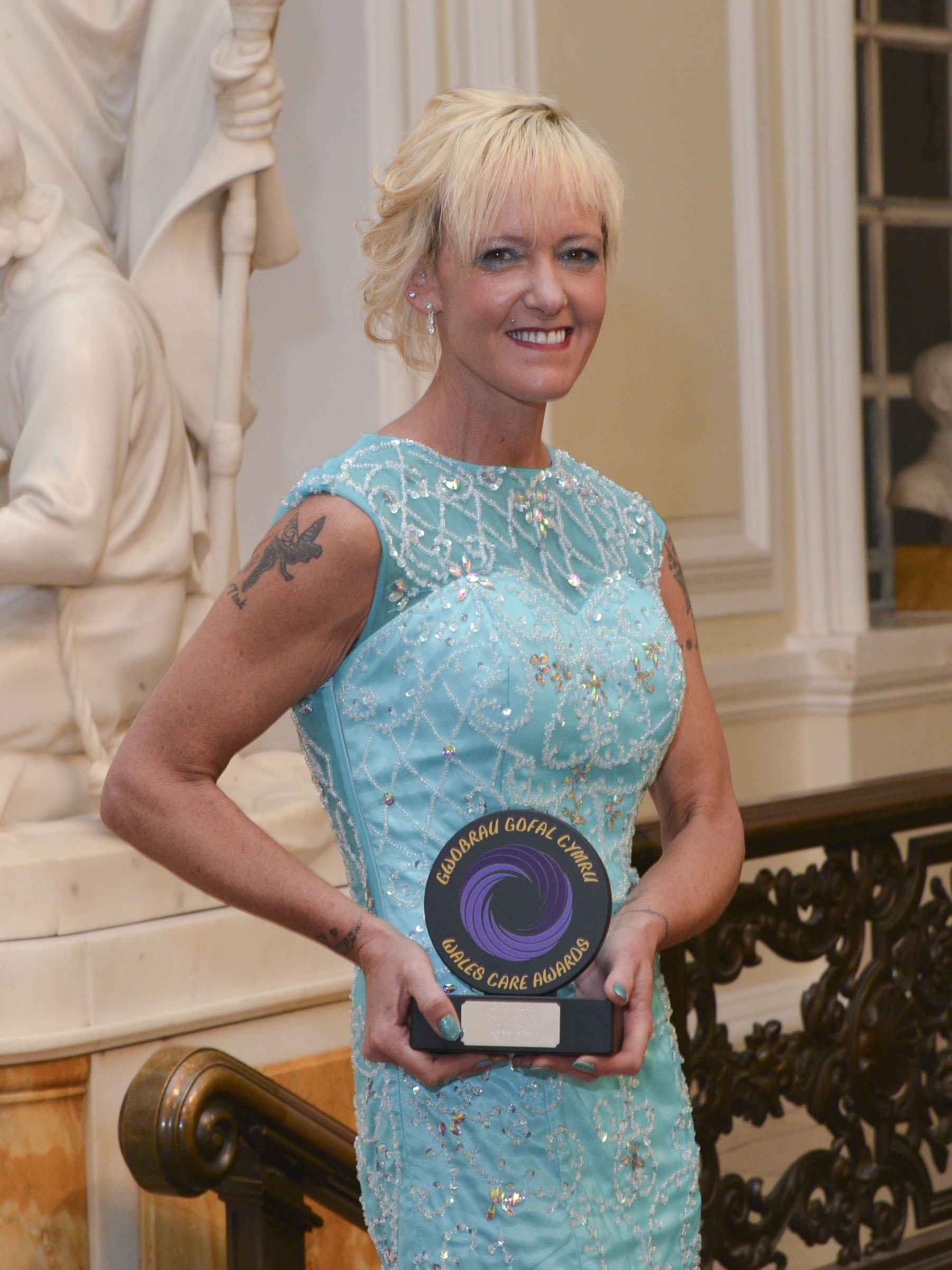 An artistic nurse who has brought colour to the lives of residents at a Haverfordwest nursing home now has an extra colour – gold – on her palette.

Mandy Zatac, who joined the staff of Rickeston Mill Nursing Home 12 months ago, has created a series of colourful murals included a sea-themed lounge and a corner dedicated to film star Marilyn Monroe.

That helped her to gain a nomination for this year’s Wales Care Awards organised by Care Forum Wales to recognise exceptional standards in the care sector and at a ceremony in City Hall, Cardiff, she was presented with a gold award.

Mandy, 40, was nominated in the category for Excellence in Dementia Care, sponsored by FISC Healthcare.

“It was a brilliant evening and I couldn’t believe it when I won gold. It was quite surreal,” she said.

Born and brought up locally, she worked for 16 years at Withybush Hospital, where she was a senior sister. During that time she was also a bank nurse at Rickeston where, despite difficult circumstances, she never missed her shifts.

In June, 2015, she moved to work full-time at Rickeston as Clinical Lead and, according to manager Susan Foster, who nominated her for the award, played a key role in changes which have been introduced.

In her nomination Susan said that when the home changed its registration from general nursing to dementia care Mandy set out to make the home more dementia-friendly and to ensure that staff were trained in the right field. In particular, she has been mentoring two Romanian members of staff.

Relationships with the hospital and other outside bodies have improved dramatically and several relatives of residents have commented on the homely atmosphere and the caring nature of the staff.

“Staff and relatives alike have suggested that Mandy has that something extra special about her and her way of working that seems to enhance the quality of life of our residents, and for that reason we decided that she should be   recognised for the work she does,” said Susan.

“ Mandy goes above and beyond her role within the home and will often go shopping for residents on her way home from work at night or before her shift starts in the morning to ensure that they have everything they want or need.

“During the course of a day Mandy might be found with a paintbrush in her hand, standing on a chair in one of the lounges painting murals on the wall, and often gets the residents to help her with the artwork,” said Susan.

“She has created themes around the home such as a butterfly lounge, a nautical lounge, a seaside corridor and Marilyn Monroe corner where some of our Marilyn wannabes sit.”

The success of the murals has come as a huge surprise to Mandy herself as she had never attempted such a project before.

“I was always rubbish at art in school but I thought I’d have a go because I wanted to brighten the place up, and if I didn’t do it nobody would,” she said.

“Susan helped me and everyone seemed to like it but the problem is that we have now run out of walls,” she said.

Mandy, whose spare time is usually taken up caring for her son and two daughters, said she was glad to have made the move to Rickeston as her new role enabled her to spend more time with the residents and to get to know them.

She derives great satisfaction from her work but said she was puzzled as to why she had been shortlisted for the award. 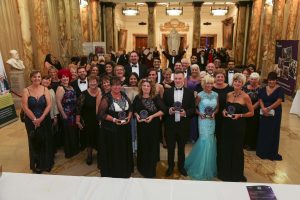