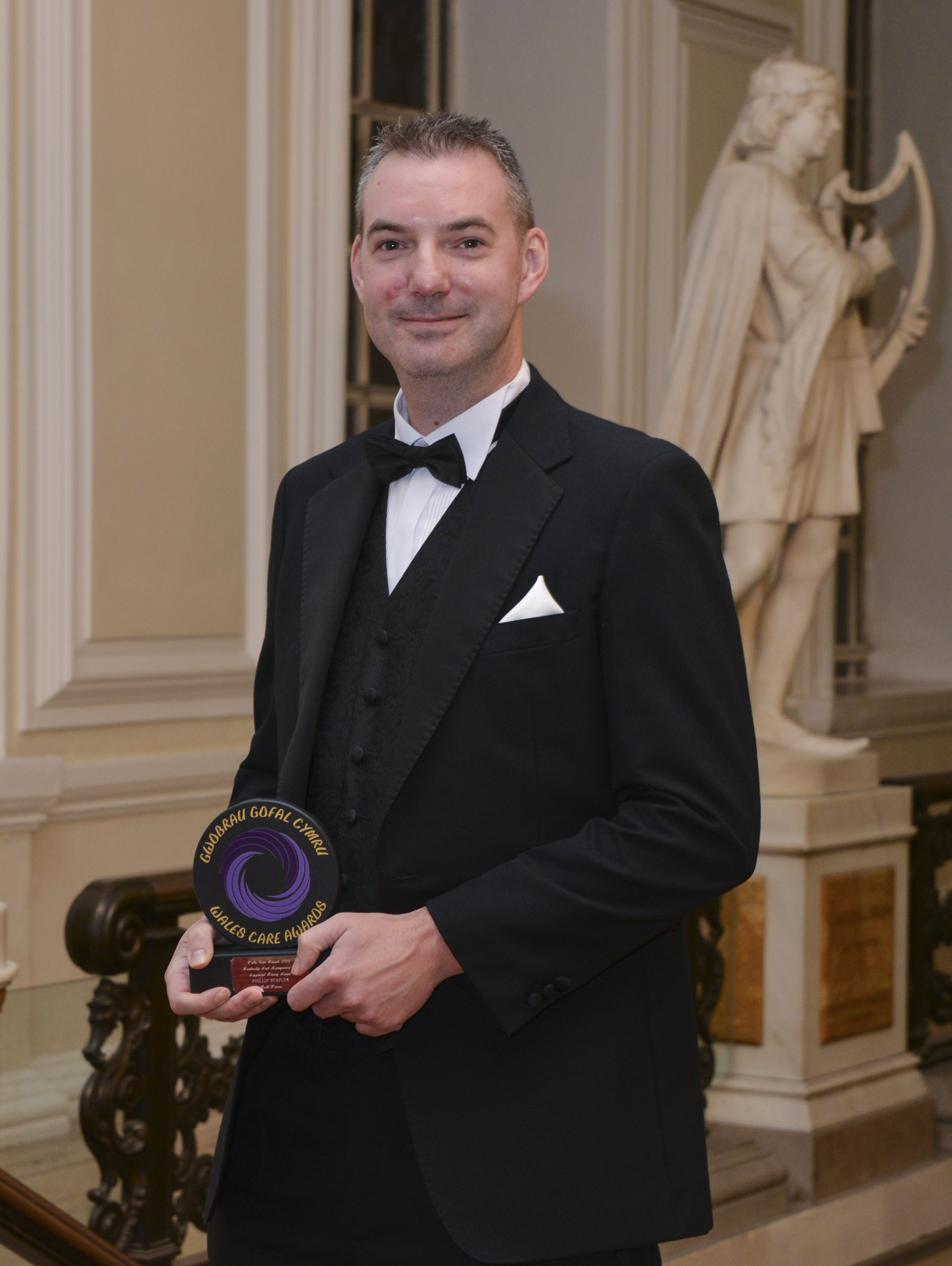 A caring dad of two who coaches an under 10 football team in his spare time has netted “gold” at the social care Oscars for his full-time job.

Phillip Stapley is project manager of a supported housing scheme in Swansea, where he is responsible for all aspects of the daily running of the house and the safeguarding of “adults at risk” who live there.

The 40-year-old worked previously as a massage therapist and sold the business before he started working in social care.

Phillip was presented with the gold Leadership and Management in Supported Living Award at the Wales Care Awards at City Hall in Cardiff.

At Robense House, a team of 20 staff provide 24-hour support for six adults. Residents may have previously been in hospital with an illness such as schizophrenia or a borderline personality disorder.

Colleagues say they feel lucky to have such a supportive and approachable manager who encourages them to think “outside of the box” to continually improve the service provided.

Sarah Parkin, a project worker, said :”During the short time he has worked with us he has shown major qualities that have enhanced our service provision no end.”

She said :”Phil always makes the tenants the centre of our service provision. He always consults both service users and staff and takes into account everyone’s point of view in his decision-making.

“He empowers staff to work with tenants to achieve their goals and often lifts morale with his positive mindset.”

Phil, a father-of-two who moved from Kent to Swansea a decade ago, said after the awards:”It was a really good evening, everyone enjoyed it. I’m embarrassed but proud to have won an award. It’s a reward for a team effort. It was nice to meet so many inspiring people.

“It’s quite a demanding sector but I enjoy what I do and it is rewarding.”

Phil began in the social care sector as a support worker before starting a fast-track management scheme, working in different homes. He’s now employed by Family Housing Association, a not-for-profit housing and support organisation based in Swansea which develops and manages homes in south west Wales, in Swansea, Carmarthenshire, Neath Port Talbot, Ceredigion and Pembrokeshire.

Phil added :”We aim to provide the best quality of life. Family Housing Association has a care and support division and we come under the ‘WISH’ part of it – working for independence in supported housing. I manage one of the schemes.”

Outside work, in his spare time, Phil runs an under tens football team in Swansea and is a keen cyclist.

The MC for the awards evening was opera singer Wynne Evans, aka Gio Compario from the television adverts for Go Compare.

Mario Kreft, the chairman of Care Forum Wales, said the standard of entries was extremely high.