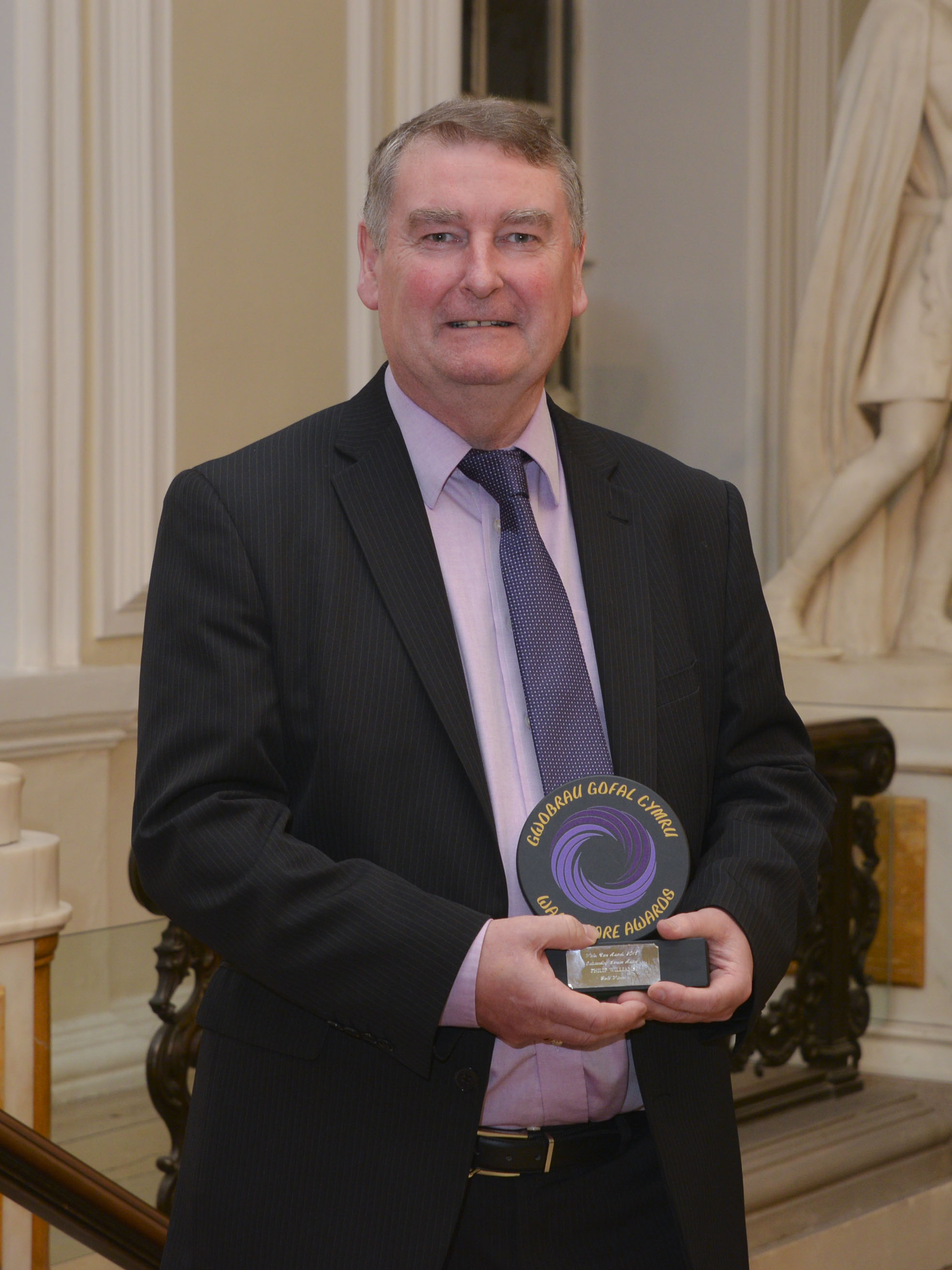 It is this dedicated and committed approach to his caring role that has helped 57-year-old Philip, who lives in Denbigh, to land gold in the Outstanding Service category, sponsored by Hallmark Care Homes, of the 2016 Wales Care Awards, known as the social care Oscars.

Philip, who was born and raised in Denbigh, started work as a psychiatric nurse at the former North Wales Hospital in the town at the age of 18 in 1977 and while in the job completed a specialist psychology course which helped him understand working with groups of patients.

In 1990 he set up a new teaching department which helped staff to achieve their qualification goals. Based at Denbigh hospital and working with the team there, it also operated at other North Wales hospitals including Wrexham Maelor and Glan Clwyd.

Five years later Philip took on his present role in charge of Y Gelli which has 10 male and female residents aged up to 65. He is also responsible for running an outreach scheme in Rhyl which allows former residents to live independently in 19 flats. In total he is responsible for a team of 13 staff.

Last year Philip, who has been married to his wife Susan since 1982 and has three sons and two daughters aged 25 to 32 along with three young grandsons, also became a director of Vale of Clwyd Mind, the charity which runs Y Gelli, and worked hard to improve the morale of managers, staff, volunteers and service users when the organisation had been without a director for some time due to illness and retirement.

Apart from his heavy managerial responsibilities Philip still finds time to help out with basic chores like cleaning, repairing and decorating the Rhyl outreach flats when residents move out.

At Y Gelli he also oversees the organisation of group and individual holidays for residents and encourages their involvement in a range of healthy activities including walking, swimming and armchair aerobics.

His success at the home is reflected in the consistent “excellent” reports it gets following visits by outside inspection bodies.

In his role as charity director he looks after a range of projects such as a network of drop-in centres across Denbighshire, an allotment scheme for people with mental health problems in St Asaph, a new monitoring programme which sees staff from Vale of Clwyd Mind working alongside GPs at a practice in Rhyl, counselling services and training schemes for service users.

Last November, Philip was chosen to host a visit by the Duke and Duchess of Cambridge to the charity’s Trefeirian drop-in centre and men’s shed in Denbigh and recalls the sense of pride he felt at meeting and showing round the “fantastic, lovely” royal couple.

In nominating Philip for the Wales Care Award, a senior colleague said: “He is never off duty, rarely takes holidays and often works or is called in to help out at night, weekends or during public holidays. His commitment to both residents and staff is unwavering.”

Of winning his gold award Philip said: “I must admit I was quite nervous on the night but it was lovely to be nominated and getting the gold award was the icing on the cake for me.

“Colleagues and friends have since been texting me with congratulations.

“I was there with my wife and a number of senior colleagues and it was a tremendous night with excitement all around us as the various winners were announced.

“I see winning the gold as not just something for me but also for all the people who work with me. Raising awareness in this way is crucial for mental health.”