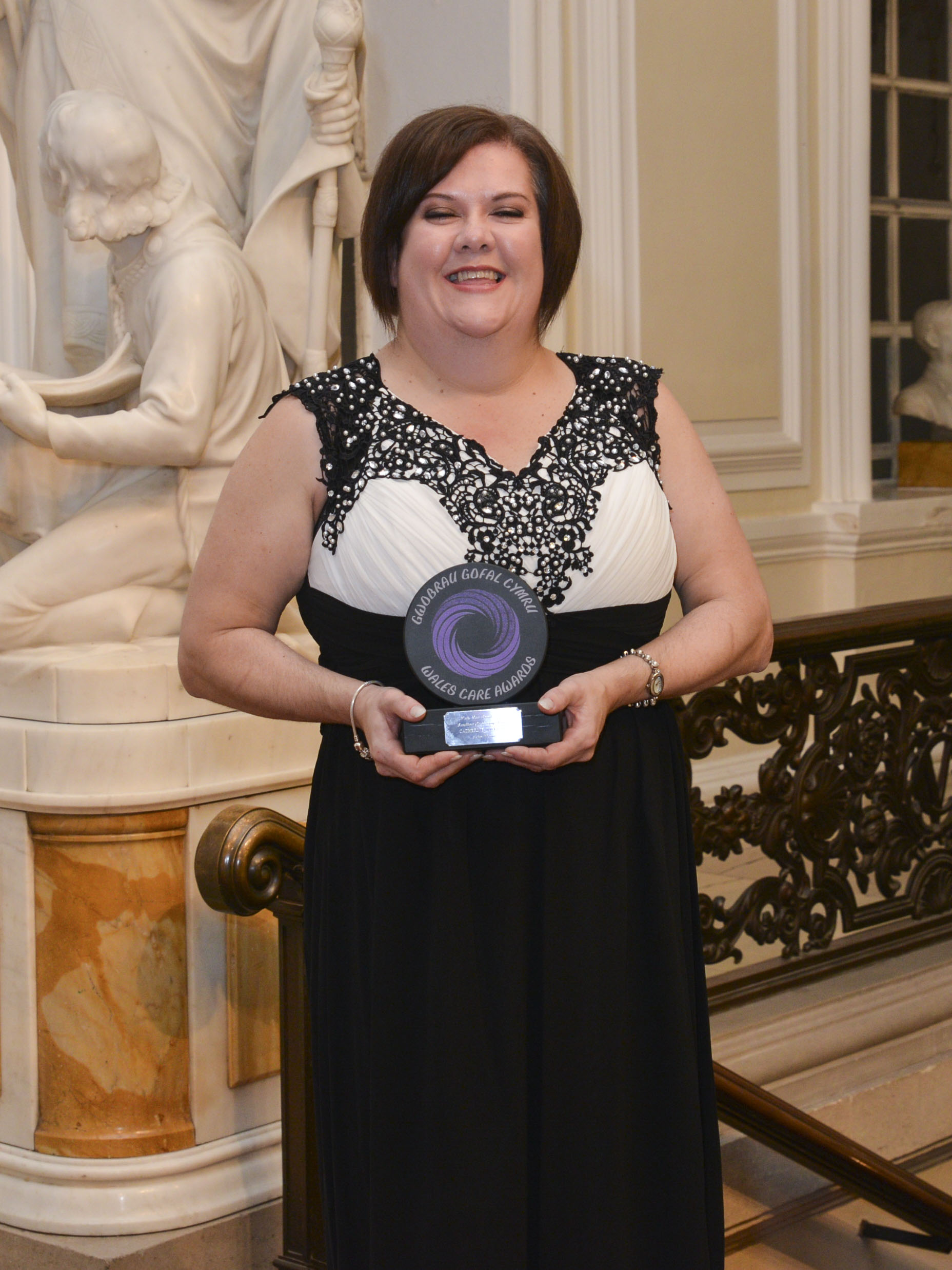 A care home catering boss hailed by Radio Wales presenter Roy Noble as making the best pancakes in the world has scooped a silver award at the social care ‘Oscars’.

Catherine Williams, catering manager at Bryn Ivor Care Home, Castleton, Cardiff, received a rousing cheer as she was presented with the illustrious award before an audience of hundreds of her peers. The tribute to her catering excellence came at the 2016 Wales Care Awards, a red carpet event organised annually by Care Forum Wales.

The highlight of the social care calendar is affectionately known as the health care ‘Oscars’ because it celebrates unsung heroes and heroines from across the nation who have devoted years of outstanding service to helping others.

The glamorous dinner and presentation ceremony at Cardiff City Hall was hosted by internationally known Welsh tenor Wynne Evans, aka the spoof opera singer Gio Compario from the television commercials for the Gocompare.com insurance group advertising campaign. Most recently he also sang the role of PIANGI in the 25 year anniversary performance of The Phantom of the Opera, which was broadcast live from the Royal Albert Hall, London, to cinemas worldwide.

Delighted Catherine, 45, of Pontypridd – who is also known for her ‘incomparable’ shortbreads – knew she had been recommended for a Wales Care Award but did not know until it was announced by Wynne on the big night that she would receive a coveted Silver gong.

She was nominated by Bryn Ivor Care Home, general manager, Michelle Willett, who was keen for Catherine’s organisational talents to be recognised as well as her delicious cooking skills.

In submitting Catherine’s name to the judging panel, Michelle, praised her tenacity and efficiency since being appointed to the role of catering manager in the purpose built Bryn Ivor home which has only been open since July 2015.

Michelle said: “It was evident from the start that Catherine was going to be an asset to our team. She has dealt with all the teething problems you get with a new building and she has been involved with the recruitment of her staff, ensuring she chooses the correct people. She has also had to organise many functions, including some for up to 100 people.”

She added that Catherine’s food is outstanding and her shortbread a favourite of all the home’s residents and staff.

Catherine’s cooking talents are renowned and have won her high praise from an early age.

She once did work experience at the BBC studios in Cardiff where she was tasked with making Shrove Tuesday pancakes. They were later praised by BBC Wales radio presenter, author and TV broadcaster Roy Noble, who told listeners of his morning radio show that they were the best pancakes he’d ever eaten.

Catherine, of 13 Debarri Street, Rhydyfeln, Pontypridd, started her career in catering by working in the kitchens at Pontypridd Hospital, before going on to Christian Guild Hotels across the UK, including at Eastbourne, Devon and the Wye Valley.

She only recently moved back to her native Pontypridd to help care for her mum Marion.

Mario Kreft, the Chair of Care Forum Wales, who has 25 years experience in social care, praised Catherine and all the nominees for their dedication and professionalism.

He said the standard of entries at this year’s Wales Care Awards was extremely high.