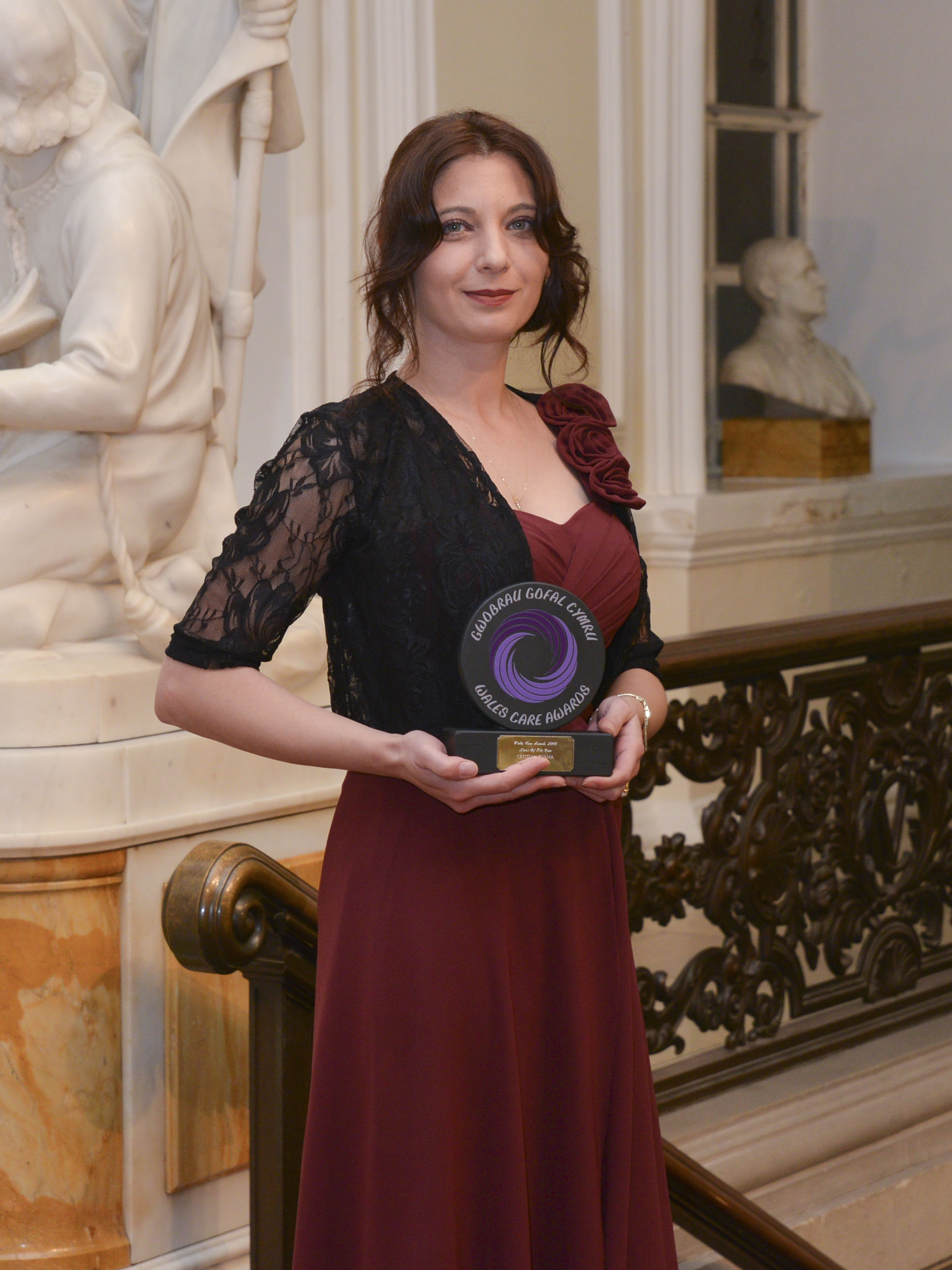 A dementia unit boss who says that one of the greatest rewards of her job is to hear the praise of residents’ relatives for the care they are receiving has struck silver in major national awards.

Romanian-born Cristina Poama, who lives in Welshpool, is a trained nurse who has been head of the Memory Lane dementia unit at Rhallt Care Home in the town since earlier this year.

She often goes above and beyond the call of duty to ensure that the standard of care provided is of the highest level and says she always tries to lead her team of over 25 staff by personal example.

It is this dedicated approach to her caring role that won Cristina silver in the Nurse of the Year category, sponsored by Ontex UK, in the 2016 Wales Care Awards, known as the Oscars of social care, at City Hall, Cardiff.

Cristina, 41, is originally from a town near the Romanian capital of Bucharest.

She qualified as a nurse in 2000 and worked in the psychiatric unit of a hospital near Bucharest until coming to the UK to further her career four years later.

Cristina said: “Barchester Healthcare Ltd was recruiting people to work in their care homes and I was lucky enough to get a job as a senior care assistant at Rhallt in Welshpool.

“Soon afterwards I attended the University of Wolverhampton at weekends and during my saved-up holiday time to take a return to practice course and in 2010 went into a new job as a staff nurse at Rhallt.

“In 2012 I was appointed head of the dementia unit and about a year later became clinical nurse manager for the care home.

“After a short period of working again as a nurse in a local NHS hospital I returned to Rhallt last January to become head of the Memory Lane unit.

“This provides specialist care for 40 people with dementia aged from their 60s to one lady who is 102.

“I’m also often the on-call person to whom staff can go if there is a problem outside normal working hours and they are in need of help and advice.

“I often go beyond my contracted hours simply because I love my job.

“Another of my responsibilities is staff training and mentoring but I believe that however much you try to teach people about their job, none of it matters if they don’t have a passion for it.

“My aim is to do as much as possible for our residents and to try to make a real difference to their lives.”

Cristina, who has been married to husband Mario, 45, for the past 12 years, added: “For me the home isn’t just a place of work because I love my job.

“One of my greatest rewards is have a relative thank me for what we do for their mother or father and tell me that they couldn’t be in a better place.

A senior colleague said in Cristina’s awards nomination: “She is an outstanding nurse who is hard-working, knowledgeable, always leads by example and is able to get the best out of her team whom she always expects to work to the highest standards achievable.”