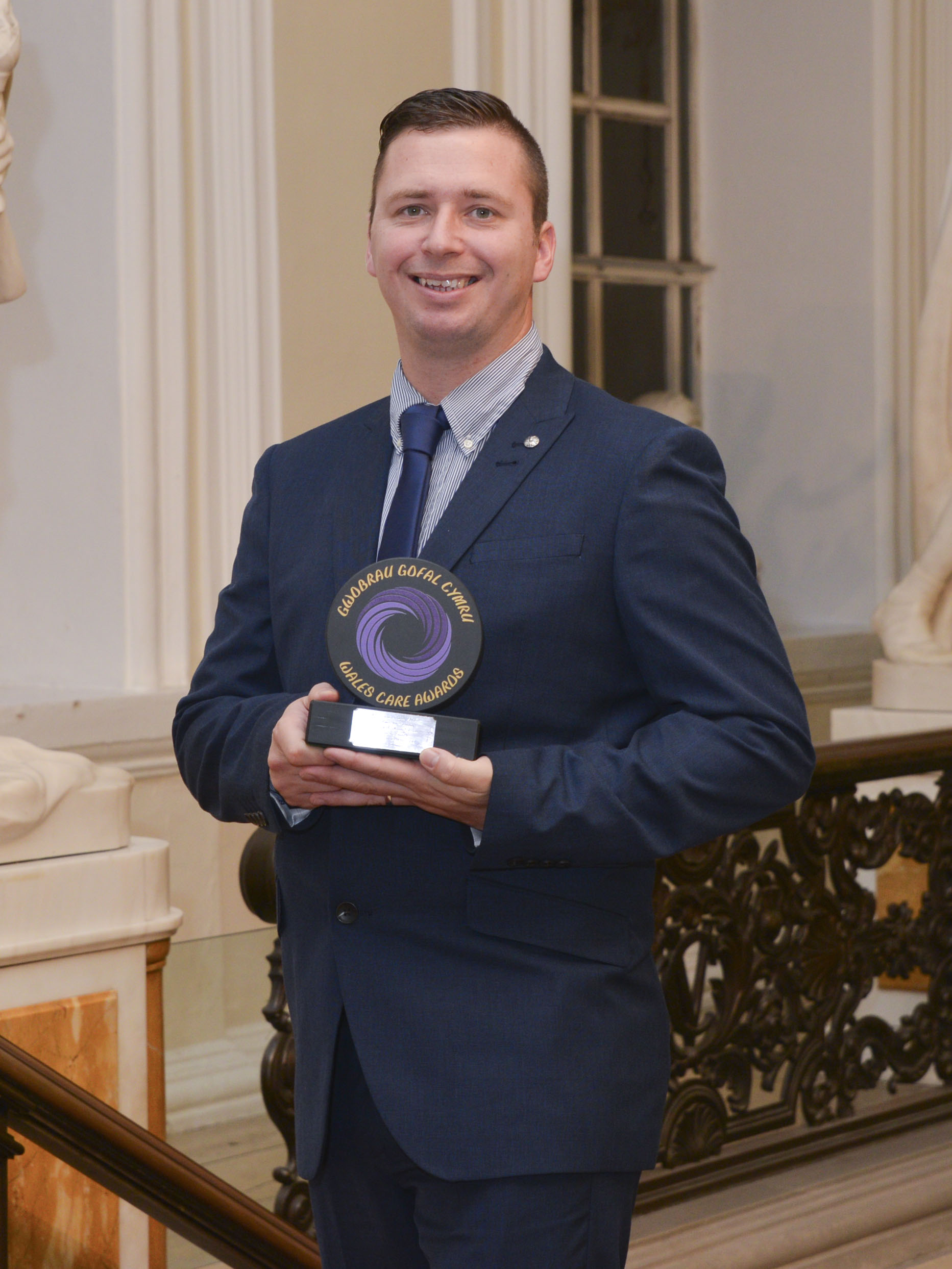 A man who decided on a career in caring after visiting a residential home to do some building work and eventually rose to become its manager has struck gold in major national awards.

Andrew Papirnyk, who lives in Tywyn, Gwynedd, went along to Cerrig Camu in Dolgellau in the winter of 2004 to do some labouring work for the firm he was with at the time. He quickly built up a rapport with some of its residents and immediately opted to make caring his profession.

Nine years later he was appointed as the home’s registered manager and has been commended for the way he runs it and credited for helping to integrate clients with learning disabilities and mental health needs into the community.

It is this dedicated approach to his caring role that saw Andrew take gold in the Excellence in Learning Disability and Mental Health category, sponsored by Carewatch and Home Instead Senior Care, of the 2016 Wales Care Awards, known as the social care Oscars.

Andrew, 30, is originally from Barmouth and after finishing his school days at Ysgol Ardudwy in Harlech went straight into the building trade.

He said: “I’d been working as a labourer for a couple of years when I went to Cerrig Camu to do some building work there.

“At that stage I didn’t know what I wanted to do in life, so when I started to talk with some of the service users and managed to build up a rapport with them I felt that caring was a career I could go into.

“Not long afterwards I started at Cerrig Camu as a support worker and then gradually worked my way up through the ranks, going from team leader and support manager until I became service manager in June 2013.”

To help him ensure the smooth running of the 24-bed facility Andrew has a team of more than 60 staff, a high staff to client ratio which he says is essential to adequately meet the needs of service users.

“Some of our clients have very complex needs so with some services we need two staff to look after each person for 12 hours a day,” he explained.

Andrew is totally committed to staff training and is himself qualified as a Positive Behaviour training facilitator.

He said: “This training is all about how staff work with service users in a very positive way, minimising negative behaviour and intregating them into the community as much as possible.

“As well as teaching them to do things at the home such as cooking and laundry skills, we also take them out into the local community where they can do things like walking, swimming, attending events or working in voluntary jobs.

“My role can be challenging but it’s also very enjoyable and is about helping people to progress in their lives and generally make them more independent and happy. It helps that I am a people person, I think.

“I’m glad I went along on that building job at the home back in 2004 and it’s amazing to think that I’m now the manager. I suppose that it was meant to be in some way.” 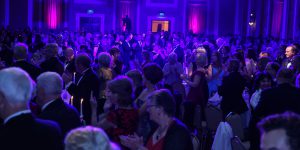 In his award nomination Andrew is commended by a senior colleague for his “incredible enthusiasm.”

Andrew, who is married to wife Robyn and has a son of eight and two daughters aged two and 16 months, said of landing the gold award: “I was shocked, surprised and overwhelmed to win because I didn’t expect it.

“I’m also really proud and happy because my work has been recognised in this way. It’s also a big accolade for all the members of my team at Cerrig Camu and makes them feel recognised.

“I attended the presentation evening at Cardiff City Hall with my wife Robyn and a number of my senior colleagues and we had a really special night.”