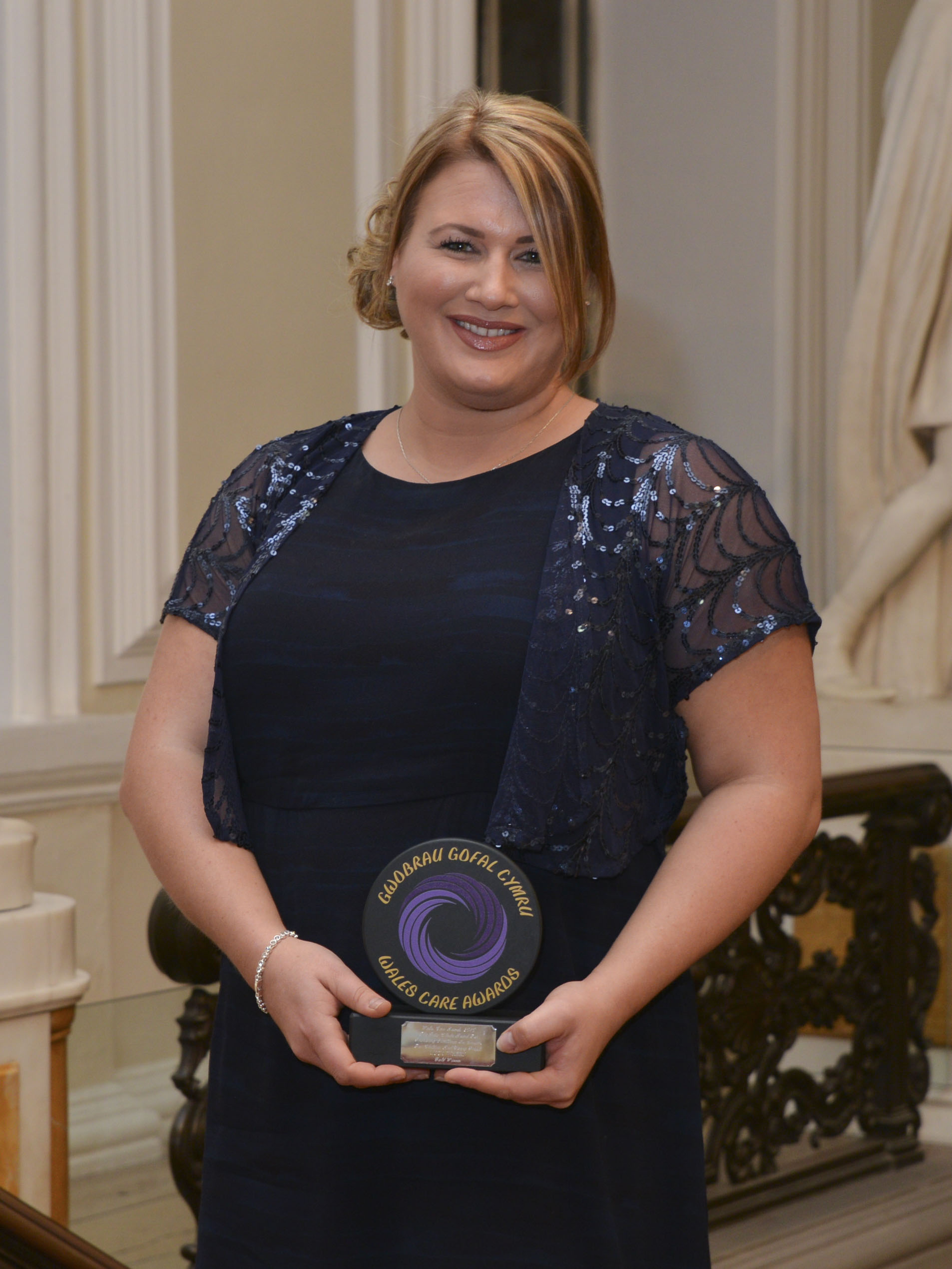 A mental health pioneer has won one of the highest honours at the social care Oscars.

Lucy Wheen, who works with Bryn Melyn Care, Wrexham, brought home a Gold accolade, after being announced winner of The Peter Clarke Award For Promoting Excellence In Services For Children and Young People at the Wales Care Awards.

Her success was revealed at a glittering ceremony and dinner at Cardiff City Hall in front of an audience of hundreds of her peers from across the health and social care world.

An overjoyed Lucy said it is a tribute to the dedication of the team who supported her over the last year as she took on the role of establishing a groundbreaking new centre for young people with mental health issues.

She said: “I was hugely surprised and honoured on a personal level to win Gold, but what is so great about this is the way it recognises the work we do for children and young people with mental health issues.

“It’s an area often under resourced and sometimes under acknowledged so to have such issues brought into the spotlight like this is a real boost. It can only help further our work to help children in care.”

Lucy was joined at the presentation ceremony by nine of her work colleagues and she insisted that the award was as much theirs as her own.

She said: “We were all on a big round table and it was fabulous to have them there with me and share in the honour.”

The Wales Care Awards are a highlight of the social care calendar, held annually and run by Care Forum Wales. The are considered to be the ‘Oscars’ of social care because of they way they honour men and women delivering the highest standards of professionalism in their field.

Care Forum Wales Chair, Mario Kreft, who has more than 25 years experience in social care, congratulated Lucy on receiving her Gold award and said the standards of entries for this year’s awards were extremely high.

The evening was compered by well known opera singer Wynne Evans, aka Gio Compario from the television adverts for GoCompare.com insurance group.

Lucy, who once studied neuro-psychology in Australia, is head of clinical services at Bryn Melyn Care, which is headquartered at Edward James House, Hadley, Telford. The organisation provides specialist therapeutic residential care facilities for children aged 10-17, suffering challenging mental health issues such as a history of physical and verbal assault, self harm, traumatic stress, emotional and behavioural problems.

Lucy was nominated for a Wales Care Award for her success in establishing a centre for young people detained under the mental health act who are ready to leave hospital but not ready to return to their family home. 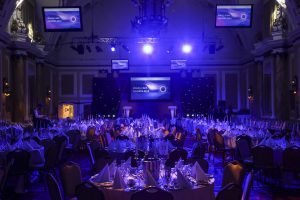 It followed a change in the registration of one of Bryn Melyn Care’s Wrexham homes so it could specialise in providing a ‘step down’ accommodation and support service for the previously hospitalised youngsters as they re-enter community life.

Lucy was the driving force behind the birth of the centre which can accommodate up to three children, and has been a huge success.

She said it is now hoped to establish another similar centre in the near future.

“Recognition by the Wales Care Awards of the work we have done on the first centre strengthens our case when it comes to furthering this pioneering new approach, opening more centres like this and providing a workable framework for helping young people with mental health issues integrate back into community life,” said Lucy.

She was nominated for an award by Bryn Melyn Care Operations Director, Melissa Johnson, who said Lucy’s role in the success of the centre had been pivotal.

She said:  “From the planning stage through to its opening she has always been child focused in her approach, liaising with colleagues and discussing how to enable young people with mental health issues to live in a community setting with the support needed to keep them safe from harm but allow them to enhance their coping strategies for later life.”