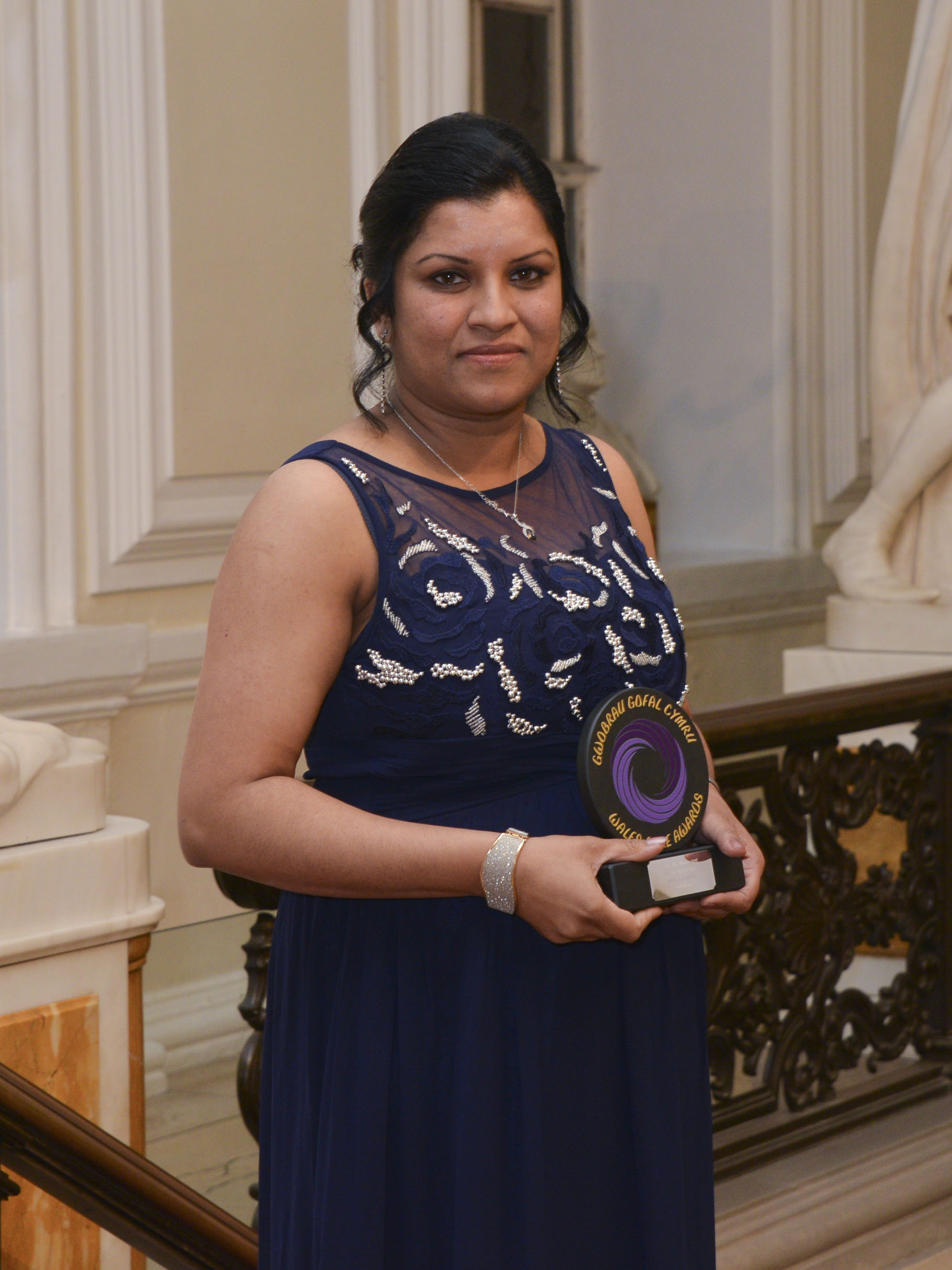 A nurse described as “one in a million” by a colleague has now reached the gold standard in major national awards.

Sreeja Ranjith, 36, who lives in Pentrebach, Methyr Tydfil and has been one of the team at the Greenhill Manor Care Home in Methyr for the past eight years, often spends time on her days off taking residents out for meals or on shopping trips and also brings in her young son to cheer them up.

It is this dedicated approach to her caring role that saw Sreeja take gold in the Nurse of the Year category, sponsored by Ontex UK, of the 2016 Wales Care Awards, known as the social care Oscars.

Sreeja is originally from Bangalore in India and came to the UK in 2004.

She said: “I had worked for four years as a nurse on a neurosurgery ward in a hospital there which is where I began my training.

“I then had the opportunity to travel to Britain and take up a job as a senior carer at  residential home in Newcastle-upon-Tyne where I stayed for a year.

“I was a little nervous about coming over here on my own but I wanted the challenge of working in a different country.

“After Newcastle, I moved to a new job as a nurse at a nursing home at Leominster in Herefordshire where I stayed for two years and completed my training.

“In 2008 I came to my present job at Greenhill Manor, which is a nursing home with 120 beds. I work within the young disabled community which has 20 residents aged from 18 to 65 who have a range of conditions such as dementia, multiple sclerosis, cerebral palsy and learning disabilities.”

Sreeja has been married to husband Sai Ranjith, who is also 36, for the past eight years and the couple have a two-year-old son, Ankith.

The fact that she regularly takes little Ankith in to Greenhill Manor to meet the residents is one of the things that has endeared her to everyone at the home.

Sreeja added: “I like to do things to make people’s lives a little nicer, which is why I take my son into see them.

“They love meeting and talking to him and I think it reminds some people of their own families and children.

“Whenever I can I also come in on my days off, without pay, if there is a special activity happening at the home or if I can accompany people on trips out. 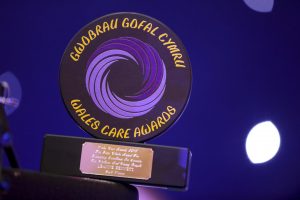 “I go with them to places like local restaurants for a meal, the shops or to concerts and firework displays.

“It helps motivate them and feel as if they are still in touch with the outside world and not just stuck indoors all the time.”

In Sreeja’s awards nomination, a colleague said of her: “She is one in a million and nothing is ever too much trouble for her.

“Her nursing practice is second to none. Not only do the residents see the benefits but also us team members. She is a great companion and also a good friend and laugh to have around as she always seems to have the words to pick you up.”

Of her gold award Sreeja said: “It really came as a shock to me to hear that I’d won because I didn’t expect it at all.

“I was there with a number of my colleagues and I thank them for always supporting me.

“I’m really proud and pleased about the award and I accepted it not just for myself but also on behalf of all the people I work with and those we care for.

“When the residents back at Greenhill Manor found out that I’d won they all said how happy they were for me. They also told me they had confidence that I was going to win gold – which I certainly didn’t!”