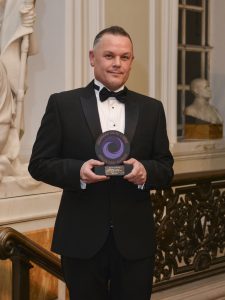 His sterling efforts have now been recognised across Wales after he won a bronze award in the Commitment to Quality in Housekeeping category in the Wales Care Awards 2016, run by Care Forum Wales. END_OF_DOCUMENT_TOKEN_TO_BE_REPLACED 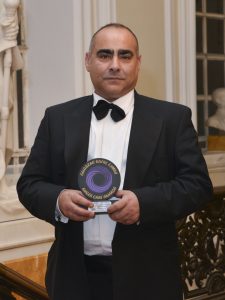 He was presented with his award in front of an audience of his peers from across the country who sat down to a celebratory dinner. The MC for the evening was Welsh tenor and opera singer Wynne Evans, aka Gio Compario from television’s Gocompare.com advertising campaign. END_OF_DOCUMENT_TOKEN_TO_BE_REPLACED