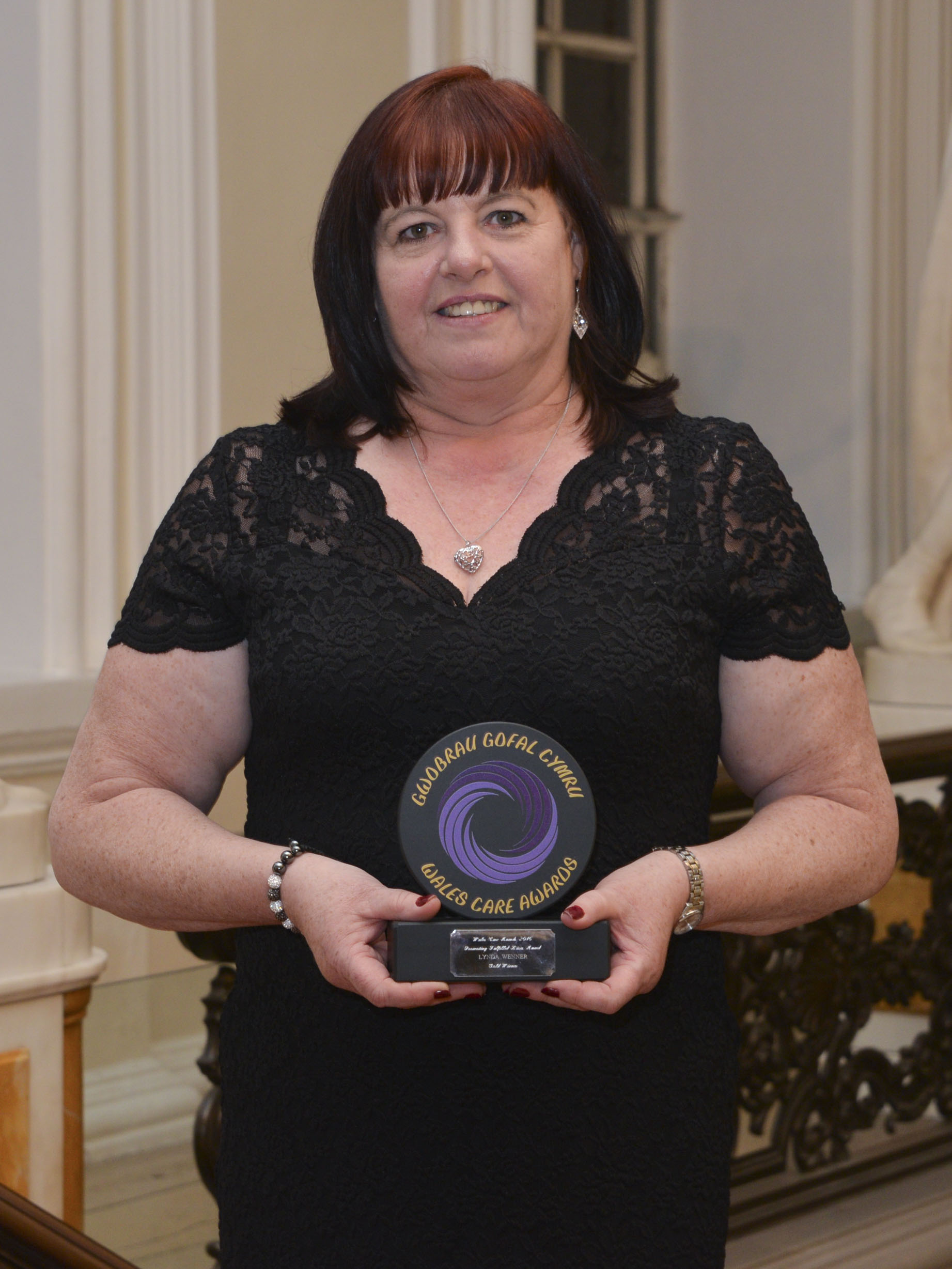 A home manager who goes above and beyond the call of duty to improve the lives of the people with challenging behaviour has taken gold in major national awards.

Lynda Wenner, who lives in Newport and has been in charge of the specialised Ty Machen residential home in Machen near Caerphilly for the past five years, also prides herself on the strong family atmosphere she has created there with the individuals they support.

It is this dedicated approach to her caring role that has seen 52-year-old Lynda win gold in the Promoting Fulfilled Lives category, sponsored by Boots, of the 2016 Wales Care Awards, known as the social care Oscars

Lynda is originally from Newport and had started a learning disability degree course at a college near her home when she realised that she was expecting her first child and had to put her plans on hold.

She and husband went on to have three other children – including twins – now aged from 21 to 30.

After raising her family she started a career in residential care 26 years ago and has since worked for a number of organisations in that field.

The family then relocated to Milton Keynes in the south of England where she was responsible for starting up a new autistic service which involved working closely with the local authority and GPs.

After four years Lynda moved to head up a unit for people with challenging behaviour in Buckinghamshire before coming home to South Wales and starting work with the Consensus care organisation.

In 2011 she was appointed to her present role as the Registered Service Manager of Ty Machen, which is a small specialised unit for people with challenging behaviour owned and operated by Consensus Support.

Along the way, Lynda has acquired numerous professional qualifications and a proud moment for her came when she was recognised for excellence in management by the Welsh Government after 14 years in the care sector.

Lynda said: “At Ty Machen myself, and my dedicated team of 21 support colleagues aim to work out care programmes tailored to our residents’ individual needs.

“For instance, we had one gentleman who was very afraid of hospitals and doctors, so for him we devised a de-sensorising programme on which I took him on trips to the hospital, had snacks on a bench in the grounds with him and then lunch in the café.

“We were able to gradually build up his confidence to the point where when he actually had to go into hospital it all went very well for him. He stayed quite comfortably in the ward and actually ended up waving to everyone.

“My team and I have also worked out special activities for our residents including trips out for shopping, to visit the library and to have meals.

“We also worked out a healthy eating programme for another gentleman which has helped him reduce his weight from 25st to just over 17st since last Christmas.

“Generally, I like to create a family atmosphere at Ty Machen. I believe very much that when we’re looking after somebody’s son or daughter we should involve their families as much as possible and get all the input we can from them as they have given us a lot of trust.”

Simon Kezic, head of strategy and operations (Wales) for Consensus, said in nominating Lynda: “It is her constant positivity, her lateral thinking and a willingness to get stuck in alongside colleagues that saw the team at Consensus Support putting her forward for this honour.”

Of winning the gold award Lynda said: “I feel very proud but was surprised about it. In fact, it’s still not properly sunk it yet.

“It was a lovely evening with lots of very nice people there.

“I’m also delighted to have won gold for my team and all the people we support.”