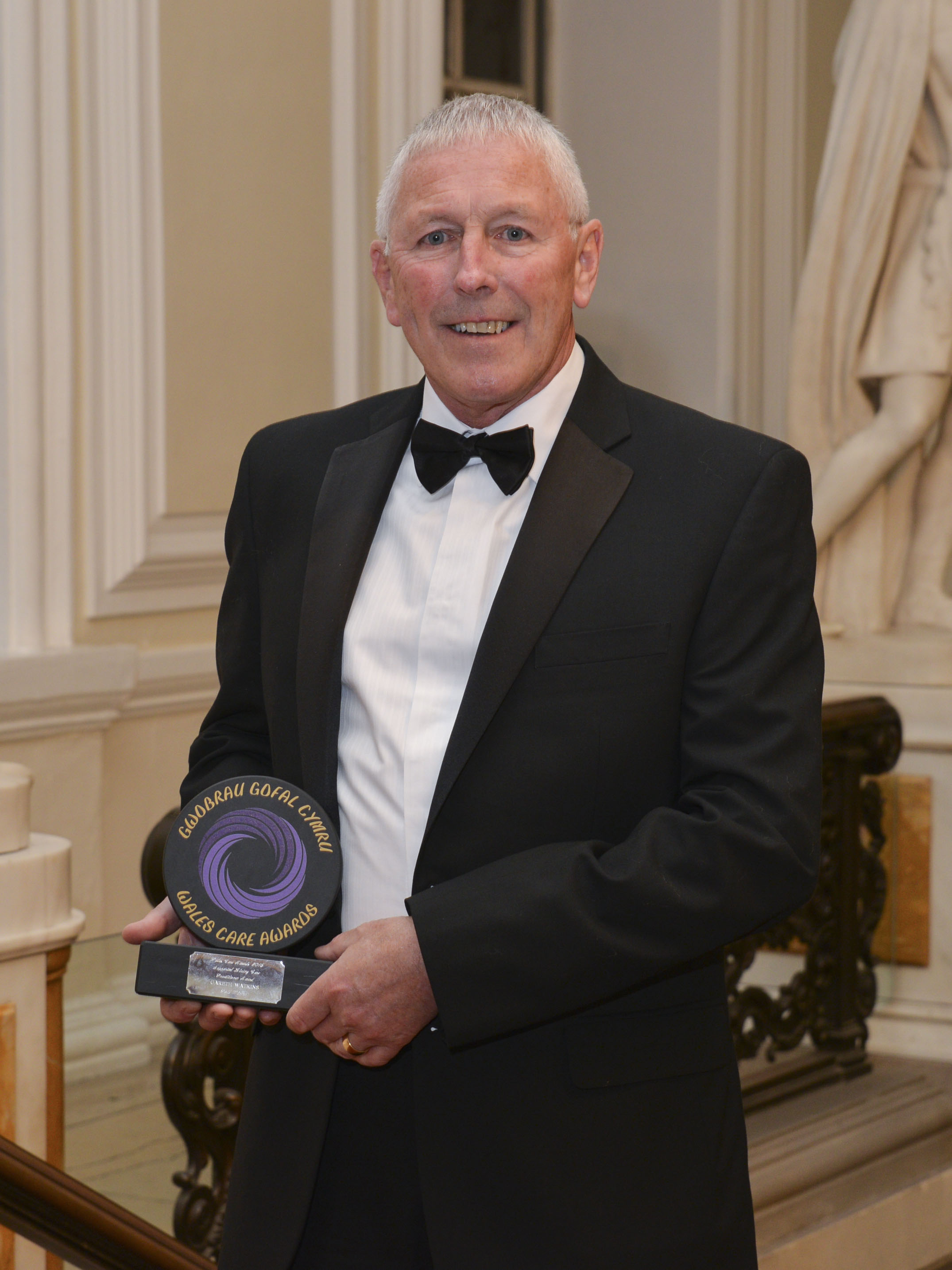 After leaving school he became an apprentice in the steel industry and went on to become a supervisor and section manager. He spent a total of 38 years in the industry, much of it in Llanwern.

In 2007 he accepted redundancy and, by coincidence, it was at about the same time that he and his wife Ann visited New Zealand, where a relative had recently been admitted to a spinal unit after breaking her neck in an accident.

“While we were there we took her for days out and enjoyed it, so later, when I saw a carer’s job advertised later Ann said ‘Why not have a go?’” he said.

For the past eight years he has been a domiciliary support worker for QCare, whose office is in Pontypool, and is responsible for a number of people with a range of disabilities including cerebral palsy, dementia and Parkinson’s Disease in the Pontypool and Cwmbran area.

Gareth, now 61, was nominated for the award by the company’s senior registered manager Kym Wright, who said he had an unusual ability to adapt to his service users’ needs and deliver care in different ways.

“He has been able to turn service users’ lives around and maintain their safety and independence within the community,” said Kym.

She cited one case where the family of one man had been at their wits’ end in trying to deal with him, but through developing trust and understanding Gareth had succeeded in bringing about massive changes.

“It had a huge impact on the quality of the lives of the family as well as the service user,” said Kym.

“Quality is like a stick of rock for Gareth in that it runs all the way through him,” she added. “It is always his focus.”

Asked what he gets out of his new career he answers without hesitation: “It’s pure job satisfaction. I really enjoy it.”

Three years ago he underwent open heart surgery for replacement of an aortic heart valve but he returned to work as soon as possible afterwards.

A former rugby player and coach, he now spends his leisure time playing golf. He is a member of the Woodlake club and tries to get in at least one round a week.

Gareth was accompanied to the awards ceremony by his proud wife, daughter Rachael and granddaughter Bethany.

“It was a lovely evening and they were in tears,” he said.