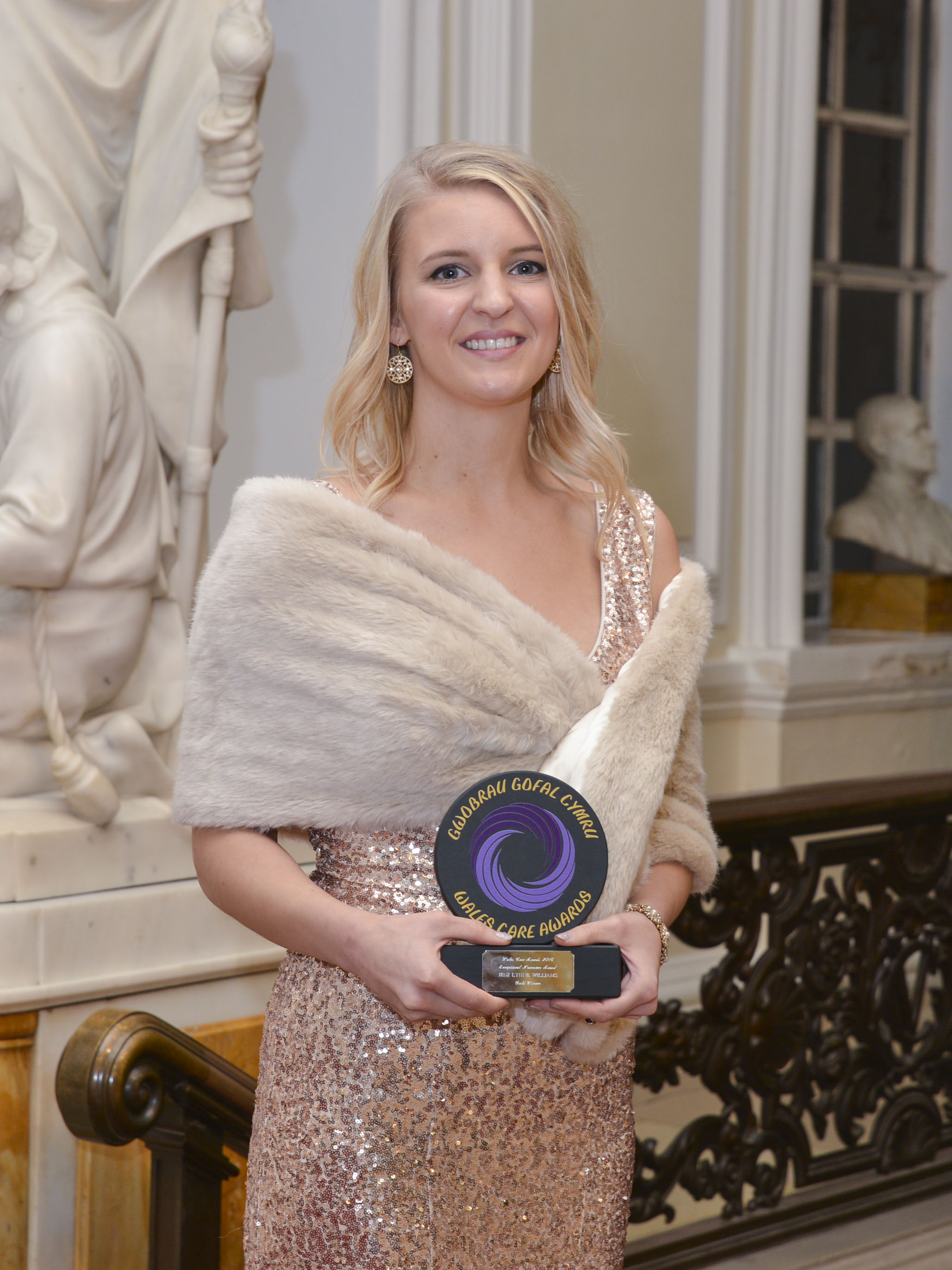 An American who says that caring is her passion says she feels “humbled” to have won a prestigious award so soon after taking up a new job.

Jeni Lynne Williams, a care assistant at the Bryn Celyn Care Home in Maesteg, was among the gold award winners in this year’s Wales Care Awards.

Jeni, who settled in this country just 12 months ago, won her award in the category for Exceptional Newcomer, sponsored by Coleg Cambria. Jeni, 27, hails from Indiana but her husband Steven is from Maesteg and she visited South Wales several times before they decided to settle in this country.

Having cared for her mother for several years and worked in various homes in her native USA she immediately looked for a similar position in the Maesteg area, and after a short spell at a Bridgend home was offered the job as care assistant at  Bryn Celyn, which is part of the Hallmark Care Homes group.

“Caring is my passion and I want to train as a care practitioner. I have to have been in this country for three years before I can go to nursing college,” she said.

General manager Mary Richard, who nominated Jeni for the award, said that everyone had taken to her and she was capable of leading and inspiring others to greater excellence in their particular roles.

“This unique approach has resulted in her being singled out as someone who can achieve much in the care profession,” she said.

Jeni is particularly skilled in the field of manual handling and is responsible for training at Bryn Celyn.

“Having sat through a full day of listening to Jeni teaching all aspects of manual handling I was left in awe of her preparation and competence to deliver a fantastic course,” said Mary.

“Given the cultural differences, which are not to be dismissed, between the USA and the Welsh Valleys, it stands as testimony to Jeni that she has fitted in so amiably and professionally within her role.

“She will go a long way and deserves all that she achieves,” added Mary.

Jeni, whose husband is an environmental health officer with Carmarthenshire County Council, said she enjoyed all aspects of the job and had been struck by the difference in attitude between staff in care homes on different sides of the Atlantic.

“In the States caring is seen simply as a job to earn money, whereas here people really care for the residents. It’s a lovely atmosphere in which to work,” she said.

“I found the whole thing quite humbling,” she said. “It’s nice to know that the residents and colleagues think that of me.”

She and Steven were able to enjoy her success at leisure for within days of the presentation they left on a belated honeymoon cruise in the Caribbean. They were married in March, 2015, but took only a short break at that time.