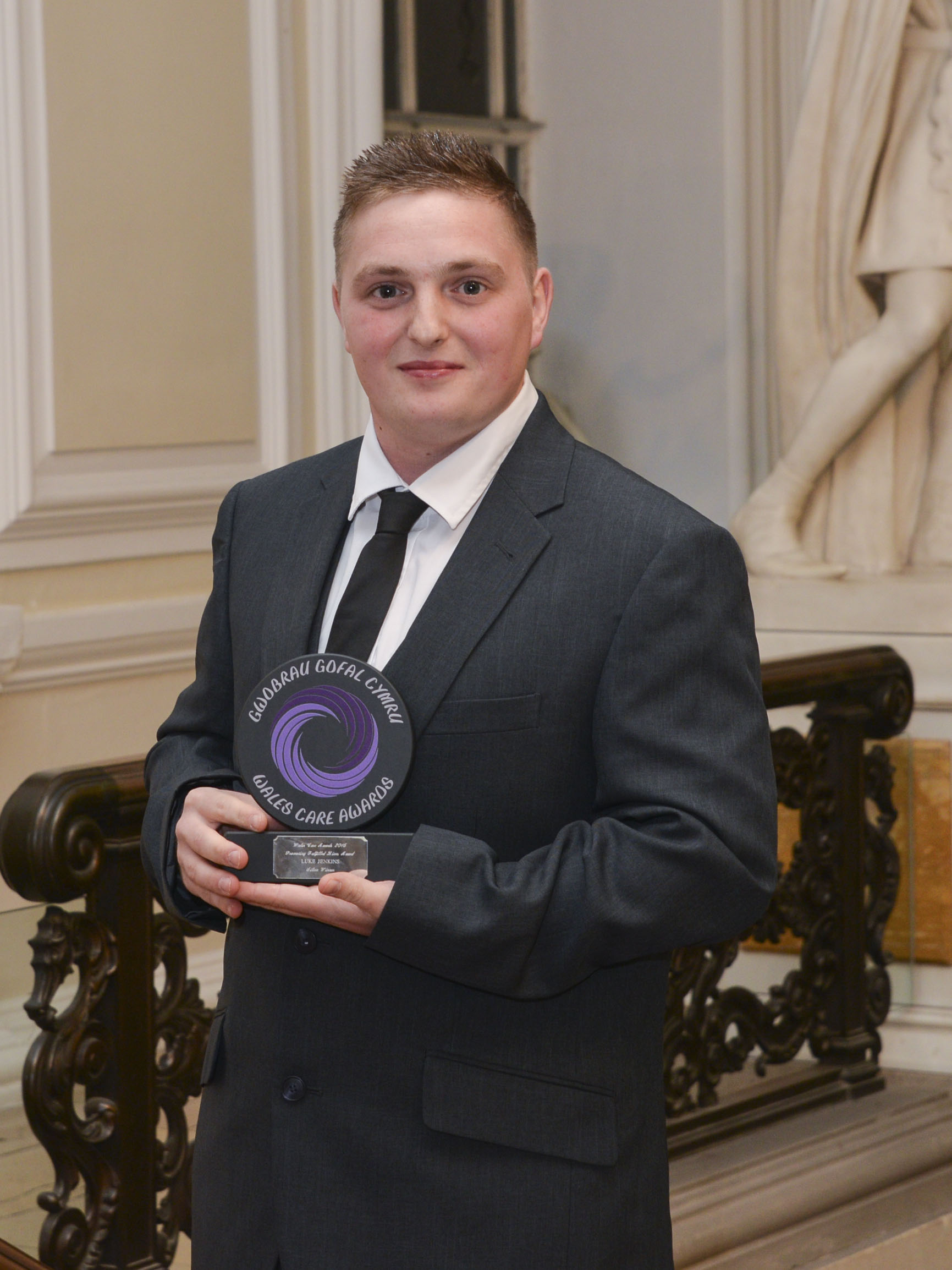 Luke, who used to play on the wing for Dowlais and now coaches an under sevens team, is activities coordinator at Greenhill Manor care home in Duffryn Road, Pentrebach, Merthyr Tydfil. Former factory worker Luke, has been employed at Greenhill Manor since 2013 and has impressed colleagues in a short time.

He is dedicated specifically to the Pennylane Community, caring for up to 20 younger residents of the home.

Luke arranges daily trips to visitor attractions and shopping centres tailored to the preferences of residents who are very active in the community despite their health difficulties. He has been described by colleagues as a “key team player.”

Hospitality services manager Aneurin Brown said :”Luke ensures that he has planning meetings with the residents to ascertain what type of trips they would like to go on and then spends time organising every detail to ensure they have a good time.

“Luke regularly presents new activity ideas to the management team and often follows an idea through from concept to delivery. He goes above and beyond to ensure that the residents on Pennylane take part in meaningful activity and they can achieve everything they want.”

One example of going that extra mile for residents was when Luke made the effort to find and buy a Cardiff City football shirt in a size which wasn’t readily available just so a resident could attend a game wearing it.

Mitchell Minney, business administrator at the Hallmark home, added :”If I could bottle Luke’s enthusiasm I would be very wealthy. Although Luke and I have very different roles and responsibilities, I see him as a role model and someone that I look up to very much.

“He is positive and enthusiastic and always looking for new ideas and experiences for the residents.”

Luke said :”I was shocked and overwhelmed to hear I’d been nominated. I wouldn’t be able to do it without the support of my colleagues, manager and wife.”

He first became interested in care work after helping to look after his late grandmother when she became ill. A role then arose at Greenhill Manor.

The care home is registered to look after 120 residents overall. Staff look after people of various ages.

Luke, of Clos yr Ysgol, Twynyrodyn, Merthyr Tydfil, said :”We run day trips and one-to-one sessions, including activities such as taking residents to the cinema and bowling. We have been to Barry Island and Cardiff Bay and Porthcawl.

“I see residents coming back smiling. My confidence has grown sky-high knowing I have fulfilled my work, improving the quality of their lives. It’s a rewarding job.”

The MC for the glittering presentation evening at Cardiff City Hall was opera singer Wynne Evans, aka Gio Compario from the television adverts for Go Compare.

Mario Kreft, the chairman of Care Forum Wales, said the standard of entries for the care awards was extremely high.