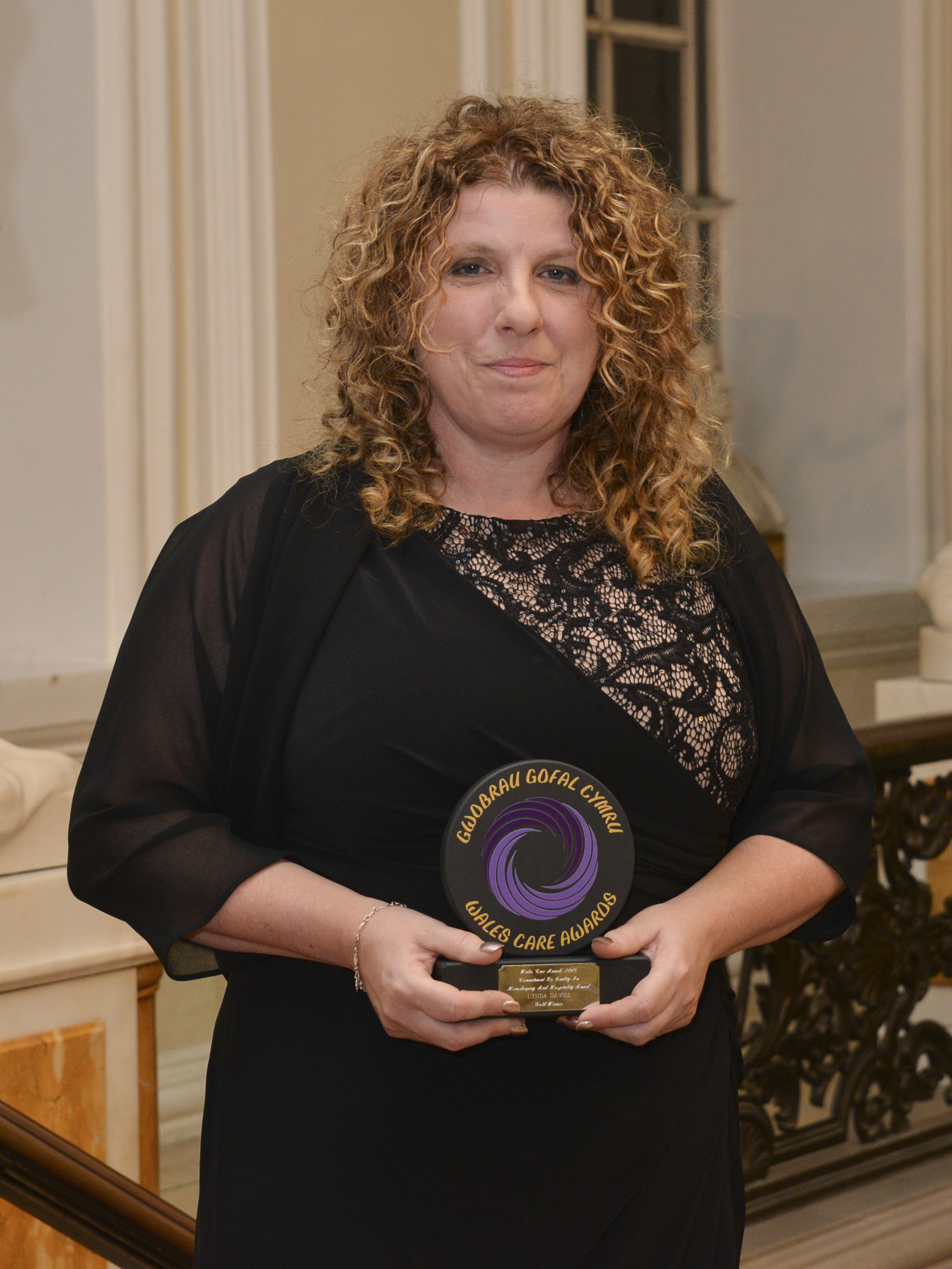 The 49-year-old, who has enjoyed a 30-year career in the industry, has now received national recognition for her sensitive approach and natural charm by scooping the prestigious gold award in the Wales Care Awards 2016.

Lynda, who lives with her husband David in Cwmdauddwr, Rhayader, won the top prize in the Commitment to Quality in Housekeeping and Hospitality category, sponsored by A Baldwins & Co, in the coveted national awards, run by Care Forum Wales, which acknowledge the hard work and exceptional performances of those in the care sector.

Lynda, who initially worked as a carer before becoming housekeeper at the home, received her trophy at a glittering ceremony at City Hall in Cardiff.

“I was so shocked and overwhelmed to win,” said the former cross country runner, who represented Powys in her early days.

“I never thought I would get the gold award to be honest but it was lovely and I was chuffed to bits with all the messages of support I received.

“My colleagues decorated my office door in tinsel and with big ‘Congratulations’ banners when I came into work so they were all very happy.

“It’s the first time I’ve been nominated for an award and to get a gold award is a lovely feeling. It’s lovely to just be nominated and recognised. You put in what you get out.

“I was a bit emotional on the night. The residents are all very pleased and the families too. I’ve had lots of messages which is great.

“It’s excellent news for the home itself as since 2012, when these awards have been running, we’ve won three golds, three silvers and one bronze. It’s very reassuring for the families about the excellent care we provide.”

Lynda, who grew up in Rhayader, Powys, and attended Llandrindod High School, worked as a restaurant waitress while studying health and social care at Coleg Powys in Newtown.

Lynda, who has 12 siblings – six sisters and six brothers – said care had been a way of life for herself and her sisters; Kirsty, Anne, Patricia, Moira, Marion and Margaret.

“It’s a family affair and I think it’s in our blood which is rather nice,” she said.

“We were brought up as a close, caring family and taught to respect our elders and that’s what we always wanted to do.

“We’ve all enjoyed care. You have to do this job because you love it. It has to be in your system.”

Lynda’s sister, Kirsty, who works with her at Crosfield House, won a bronze award at the Wales Care Awards two years ago while her mother-in-law, Jennifer Davis, who manages the dementia unit at the home, won the gold award this year for the Excellence in Dementia category.

“My sister came with me and was screaming when I won,” said Lynda, who got married two years ago.

“You always feel like you’re making a difference. I’m never unhappy, I love my job.

“Care is such a busy and hard job, it’s lovely to be able to make the residents a cup of tea and get to know them.”

Nominating Lynda for the award, Marina Bowles, manager of Crosfield House, said: “Lynda is an inspiration to everyone especially me. She has embraced every role she has undertaken. She gives her time to the service users, the home is sparkling and her team are amazing.” 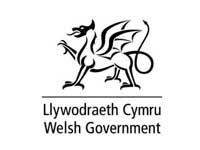